Inspiring stories of communities shaping the future of Australia. 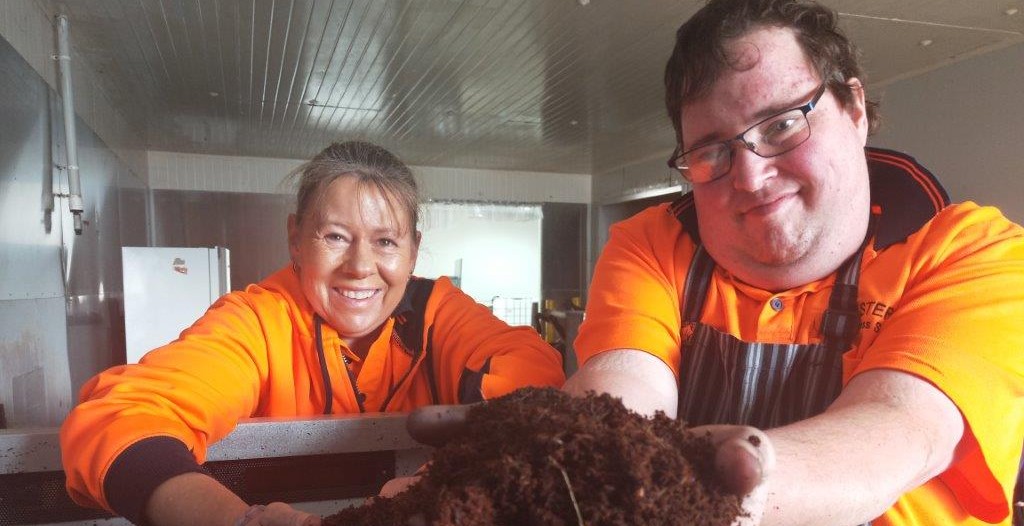 Avoca Community Bank and Maryborough branches grants program funded a commercial sized worm farm. The worm farm will help provide employment for workers with disabilities, and be an innovative and hands-on project for the community at ASTERIA services.

“In time, we hope to be able to produce and sell worm castings and worm tea to the public, and also produce enough worms so that we can sell them for bait” said Annie Constable, CEO of ASTERIA Services.

Jen and Jeremy are so happy that the farm has been delivered and the worms have now taken up residence!

Emu Park Community Bank® Branch worked closely with the Shire of Livingstone, RSL and other local organisations and businesses to turn one man’s dream into a reality.

The $2 million Anzac Precinct project consists of a memorial to local ANZAC’s, a gatehouse project and a boardwalk linking the memorial to the foreshore.

The unveiling of the ANZAC Memorial Walk on the 100 year ANZAC anniversary in 2015 and the $165,000 investment has been identified as a significant milestone for the its Community Bank® branch.

Emu Park Community Bank® Branch has since committed a further $300,000 to the project.

Lang Lang’s $18 million ‘field of dreams’ 10 year plan to build a community recreational reserve is today well on the way to becoming a reality.

The Lang Lang Community Bank® Branch committed the initial $3.3 million to the project and, importantly, lobbied government and the private sector to provide the additional $15 million.

The Adventure Playground in Wallan is the toast of the state after taking out a major award, and will now vie for a national title later this year.

The award celebrates play spaces in Victoria/Tasmania over $500,000 that create a sense of ‘place’ in the community, and exhibit innovative designs that aid childhood development.

Since opening in December last year, the innovative Community Bank® Adventure Playground has been a hive of activity, with people travelling from all parts of the State to play at the all-abilities space.

The Inglewood Community Hub project delivers the restoration and re-invigoration of the local town hall, transforming the 130 year old building into a well utilised centre for community engagement.

Now, a modern facility that features multipurpose rooms for community activities, music and computer rooms, a business hub with offices that house outreach services, and a kitchenette with a board room, stands two stories tall.

Having looked for a major community project to support for some time, The Mareeba and Dimbulah Community Bank® branches chose to commit $1 million to the Mareeba Recreational Complex.

In partnership with various sporting clubs in Mareeba and the Mareeba Shire Council, the $850,000 project has developed from a standalone sports complex into a major sporting and recreational precinct, including walking paths and bikeways for the broader community.

The establishment of accredited sporting facilities in Mareeba will allow Basketball, Netball and Cricket to attract regional and district carnivals that will drive increased visitation to Mareeba and raise the profile of the town.

The new infrastructure will also provide better training facilities for young sporting professionals who are wanting to pursue State and National opportunities.

A $500,000 commitment from Sandringham Community Bank® branch kicked-off a campaign to help the Sandringham Hospital reach its $2.5 million funding target to open a much needed Day Procedure Centre.

The locally owned branch began working with the hospital when the emergency department was at risk of closing its doors.

The hospital cares for more than 68,000 people each year, with the majority living in the municipalities of Bayside, Kingston and Glen Eira.

Demand for same-day surgical procedures had increased by 50 per cent locally, stretching the hospital resources to capacity.

The new centre will offer same-day surgical procedures locally, meaning patients can be cared for close to home.